Lean tools can be applied to any work-based scenario and any challenge.  We spoke to Lucie Lovell, who leads business process improvement at WaterAid, to understand how she used Lean tools to enable and facilitate the effective, positive and rapid resolution of a change-based project.

As well as acting as an internal consultant advising others on improvement, Lucie trains other Managers in Lean and runs Kaizen events.  Back in 2014, a restructure of WaterAid’s supporter services functions split the team across two different departments, each with its own functional lead and focus area.  After 4 years, the charity believes the functions are not performing as well as expected but with limited business performance measurement systems in place since the restructure, a lack of meaningful data has been gathered to support that position.

“Investing my time in this approach, making sure that people are heard and involved in the change process and what it means for them has meant that the outcome has been so much more successful and in this case allowed the project to complete in 3 rather than 6 months.

I was asked to review that decision, to understand whether the structure supported high performance, good workload management and best fit within the organisation and to make recommendations around roles and responsibilities, structure and resource.  I was fortunate in that I was given the resources I needed to do the work and a 6-month timeframe to complete my analysis.  My Project Sponsors were the head of department for one of the teams and the functional leads of the other two, who report to my line manager, the Mass Engagement Director.

Since this wasn’t a process improvement project, I was not expecting to use the Lean tools I would ordinarily use as part of my every day work.  My initial thought was to use a classic business analysis approach; collect the information and make recommendations.  However, very quickly I naturally found myself turning to the tools I’d learned from my Lean training and from using the PMI Improvement Cycle.

I’m the sort of person that is particularly focused on improving the way we do things; making things more efficient and less painful for people.  At this stage I didn’t want the team’s thinking to be restricted, I simply wanted to understand what was going on.”

Step One – Set up a cross-functional team

“My first step was to set up a cross-functional project team comprised of the operational managers with responsibility for those three teams.  Together, we created a project charter to which everyone contributed.  This not only enabled all three functions to be represented, but also gave them ownership of the process and collective agreement on the purpose of the project.

I wanted to understand how each function operated, and the overlaps between them, and to try to establish the root cause of why some teams were performing better than others.

I ran a workshop in which we used Problem Context Analysis to map the upstream processes, inputs and outputs of the three functions.  That helped us build up a picture of some clear affinities between the teams.  Then, to enable team involvement in generating, organising and consolidating information about their skills and tasks, I ran an Affinity Diagram session.

Everyone had run a Kaizen event before or had been involved in one of my Green Belt projects, so they were familiar with Lean and they knew the tools worked.  The Kano model and the Affinity models were new to the group, but my slightly unusual approach was not questioned since we were not looking at processes, we were looking at ways of working and team structure.”

What became clear, as the project progressed, was that the Lean tools were helping the team to reach a consensus about what was impacting their work. Not only were they fully engaged with the process, but the tools were enabling them to understand that they had significant common ground in terms of their aspirations, purpose and function.

Almost every week I was booking in half-day sessions to keep the momentum going.  I spent a lot of time responding to what they were saying, what they were getting excited about and using the Lean tools in a flexible way to support that process.”

“Although we were talking about quite difficult things, we were all coming to the same conclusions, and there was agreement all the way along the process. The Lean tools removed the subjectivity and uncertainty.  When we were running the analysis, we were looking at facts; what was actually going on rather than what we thought was going on.  We could agree on what our customer requirements were, and then measure that against what we were actually doing and where we might be falling short of those requirements.  The tools allowed us to be objective – the results couldn’t be argued with!

One of the key things that came through was a lack of strategic alignment, which was causing a lot of problems.  The fact that these teams weren’t together, and even in different departments, meant that the strategic leadership which had been there before 2014, was no longer there.  The teams were all focused on different strategic priorities.  It became clear, between us, that having a specific function would help resolve that issue.

I recommended to the Senior Leadership Team that the three functions should come together and sit within one over-arching function reporting directly to the Mass Engagement Director.  That way they would have the strategic and operational leadership that they needed to really flourish.”

“In so many change projects, people say ‘this is the change we’re going to make’ and then the focus is on implementing and managing that change.  In Lean Six Sigma and Kaizen we are always thinking about what’s the ideal scenario, where do we want to get to, and I wanted to have that same approach for this project.

Investing my time in this approach, making sure that people are heard and involved in the change process and what it means for them, has meant that the outcome has been so much more successful and in this case allowed the project to complete in 3 rather than 6 months.”

More resources that may interest you: 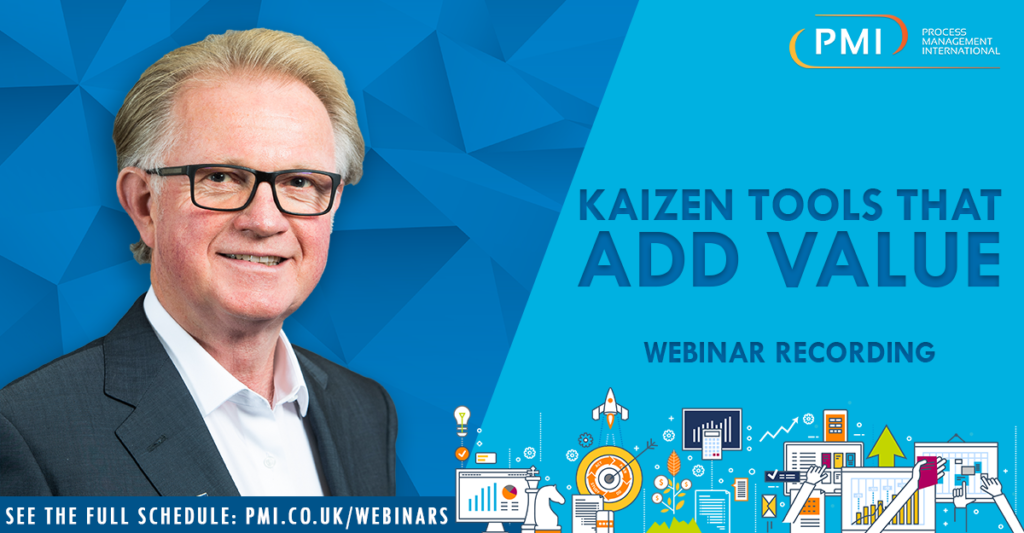 With so many tools to choose from, and only a few days to deliver the Kaizen, how do you know which tools to prioritise? 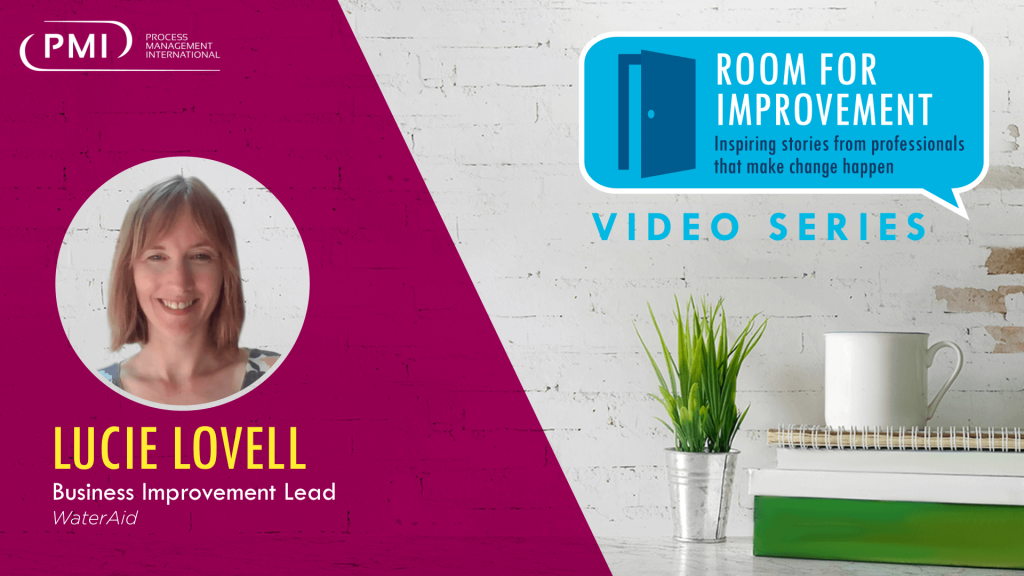 Hear Lucie Lovell, Business Improvement Lead at the international charity WaterAid talking about the importance of continuous improvement in a not-for-profit organisation.

Removing waste will make your process more efficient and help you deliver a better service to your customers.