Isn’t it time to move on from Deming?

I attended a seminar in Washington DC, and thanks to my friendship with Kay Carlson, one of his assistants, we went to his house to collect him and go for dinner with his family. This was most entertaining , revolving around social affairs, about fishing and how his one and only golf game, sometime in the 1930s, had been enough.

This was a suitable finale for me, and he died that December, just twenty years ago.

I had first met him in 1988, and his impact had been as remarkable for me as for many others at that time. Twenty years of my career put into perspective, so many leadership practises I had been diligently trying but failing with having to be cast away. But unlike much of the audiences at his amazing seminars, several hundred every time, I had been fortunate, as I had authority to change, as I was then a managing director. With the pressure on from customers like Ford, I was able to try to implement his ideas. They didn’t all work right first time of course, but I experienced more than one epiphany, and they all last to this day.

But surely that’s enough isn’t it? Deming’s roots lay in the 1930s, his glory days of impact in the old world (!) of the Japanese post war revival or in the US crisis of the 1980s. It’s a new world now, technologies he never dreamed of, economies utterly transformed. There must be new principles, new gurus, ready for the 21 century.

But Deming’s approach has not dated, that’s one of the most amazing and important aspects of it. In the last years of his life he presented us with his System of Profound Knowledge, instructing us to see the organisation as a system, to understand theories of variation and of learning, and to take into account the many aspects of psychology that underpin our relationships. This structure applies just as much to electronic web trading as it does to shops, to a factory in China as one in Warwickshire, or ebook publishing as to metal typesetting. It has formed the basis of my company PMI’s success with clients all over the world, at every level and from many sectors.

In fact, I believe that Dr Deming will prove to be one of those people whose influence will grow in the decades and centuries after his death. Just as Newton’s laws of optics still lead the way in designing a microscope, so the System of Profound Knowledge proved the most robust way of understand how your work works, and how to improve it.

In my book “Making your work work, everyday performance revolution” I explore how to apply these foundations to the regular job challenges of millions of managers around the world. I have dedicated it to my grandchildren, and am convinced it will be valuable to them, no matter the changes in their work over the next 50 years and more.

About our book Making Your Work, Work

Making Your Work, Work; Everyday performance revolution is a practical book, invaluable to individual managers who want to develop their approach to carrying out their own responsibilities. It also helps more senior managers who wish to lead their organisation toward a comprehensive transformation in culture and performance. The book provides practical approaches to management and improvement that are based upon the four key foundations detailed in Dr W. Edwards Deming’s ‘System of Profound Knowledge’.

In writing ‘Making your work work’, author Jan Gillett brings together more than forty years of experience in leading, managing and consulting across many different organisations. 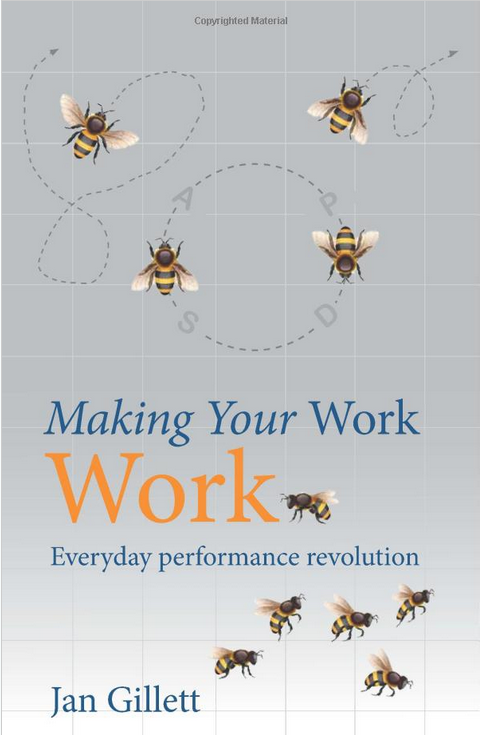