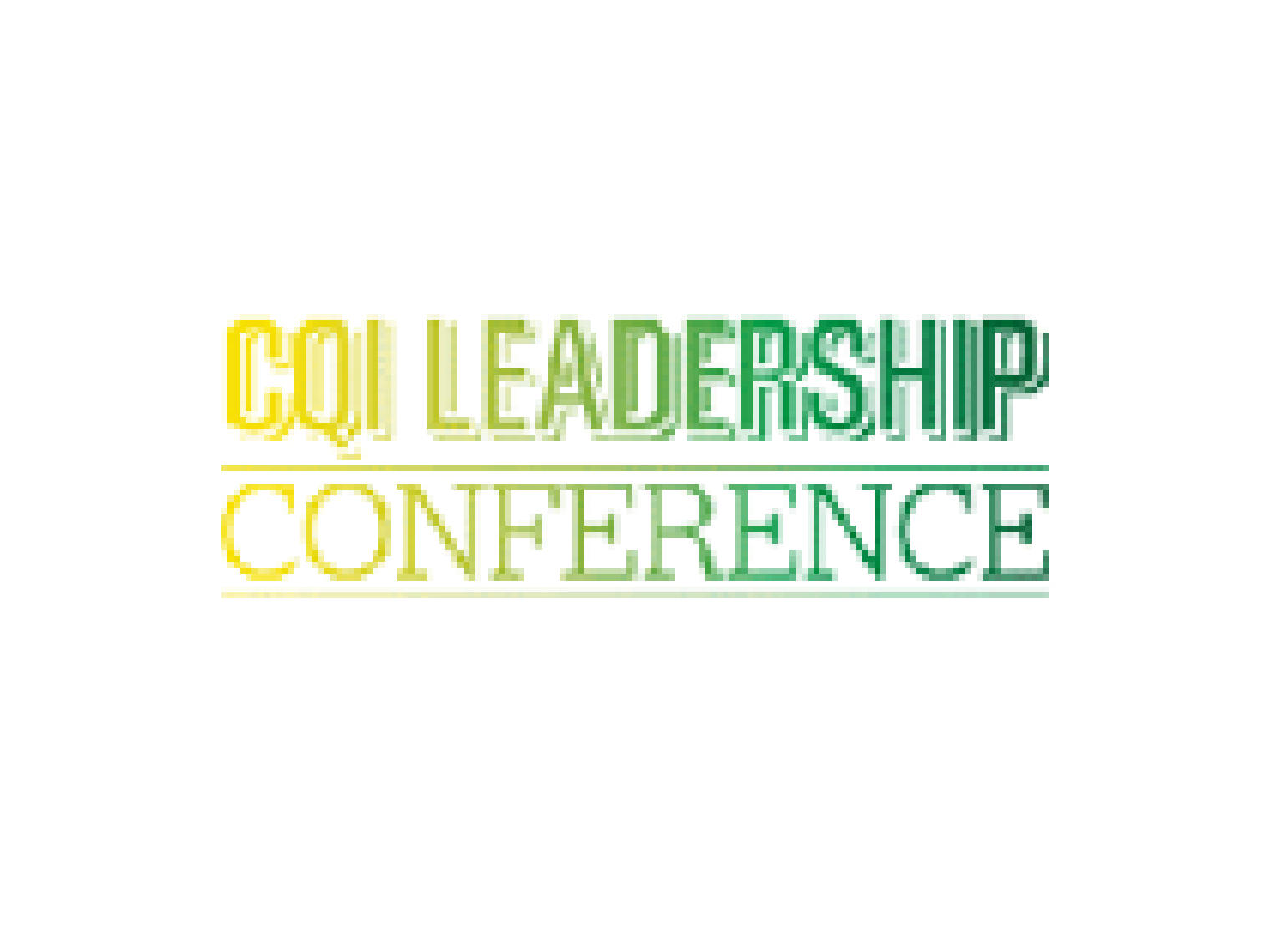 Speaking today at the CQI Leadership Conference, PMI’s Jan Gillett will focus on the use of Systemic Leadership to deliver improvements and transformation in performance – something that has been elusive in many western organisations.

“Since the 1970s we have experienced fashions for management, for leadership, for re-engineering, and still have come nowhere near to achieving the integrated success of the best of Japanese owned motor industry, or indeed of other Asian companies that build upon this approach.”

Jan’s presentation will outline practical models developed over many years of practise, and recently summarised in his latest book; published in April 2014.
Making your work, work

A practical book, invaluable to individual managers who want to develop their approach to carrying out their own responsibilities. It also helps more senior managers who wish to lead their organisation toward a comprehensive transformation in culture and performance. 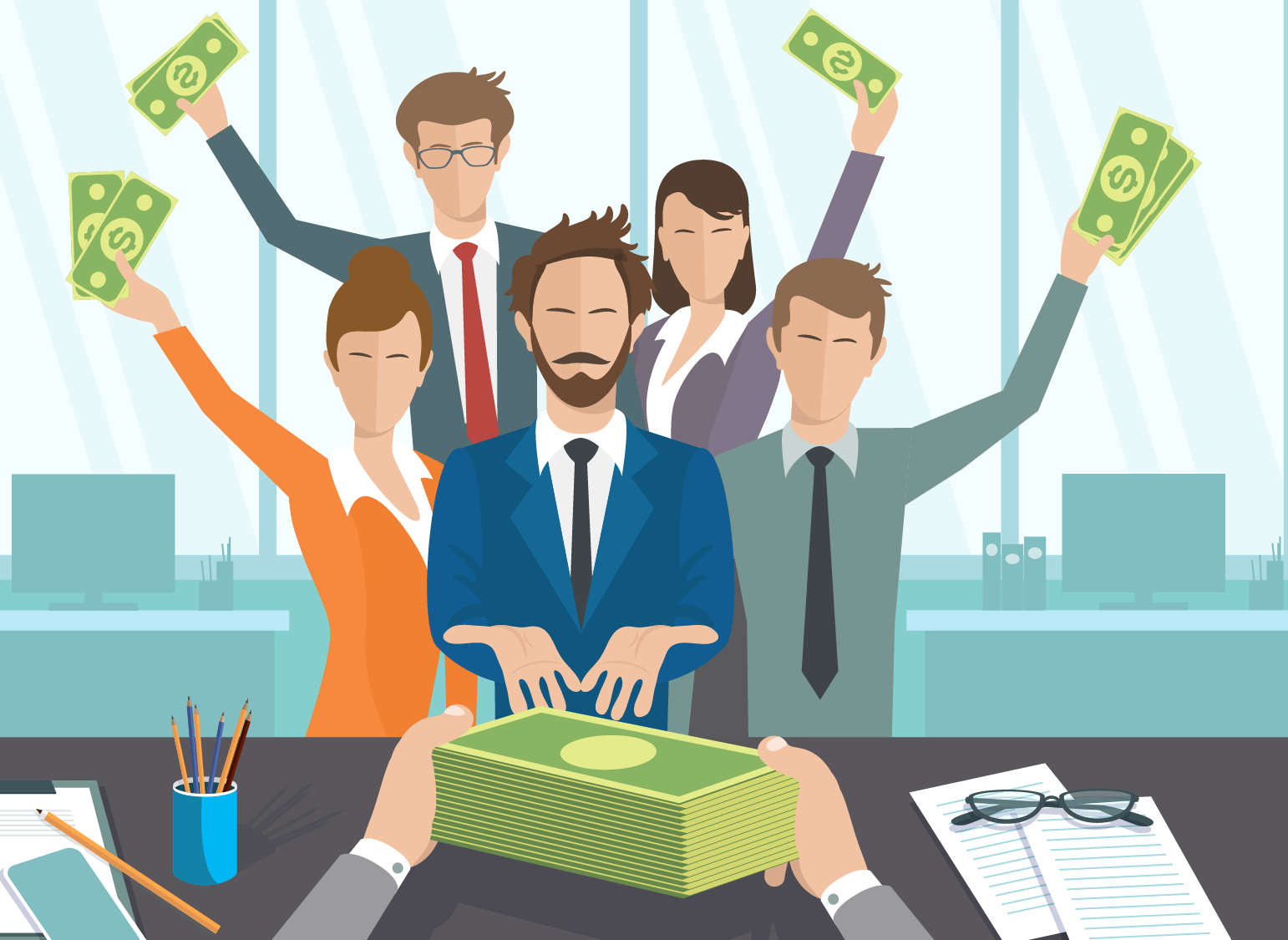 The Habit of Rewards

Incentivised bonuses are a habit, supported by those who have a vested interest in the sustaining of that habit.

Listening to the news on the BBC today it seems the world is as divided as ever about the merits or otherwise of bonuses. The division is split between those who over the last two or three decades have come to expect bonuses as part of the natural order and those that believe the extrinsic motivator or coercive reward strategy has been damaging, both at a corporate and personal level.

Many studies carried out over the past 30 years has shown, overwhelmingly conclusively, that bonus incentive schemes can damage both businesses and individuals by interfering with intrinsic motivation and induce poor behaviour that can lead to lower quality outputs and diminished morale. The ‘Do this and get that’ mentality is not very different to the ‘do this or else’ coercive management strategy that most leaders of wisdom know to be flawed.

Over this time observers, such as Kohn and Deming, have suggested that paying people well and creating a positive working environment is the most effective way to achieve success. Today many organisations reject the coercive reward strategy because of its inherent flaws yet they do not reject bonus systems.

It was interesting to see Patty McCord of Netflix recently stating that they did not pay performance bonuses because; “Netflix believe that they’re unnecessary if you hire the right people. If your employees are fully formed adults who put the company first, an annual bonus won’t make them work harder or smarter”.

Incentivised bonuses are a habit, supported by those who have a vested interest in the sustaining of that habit.

Perhaps though it is time to consider this a habit we should try hard to kick? 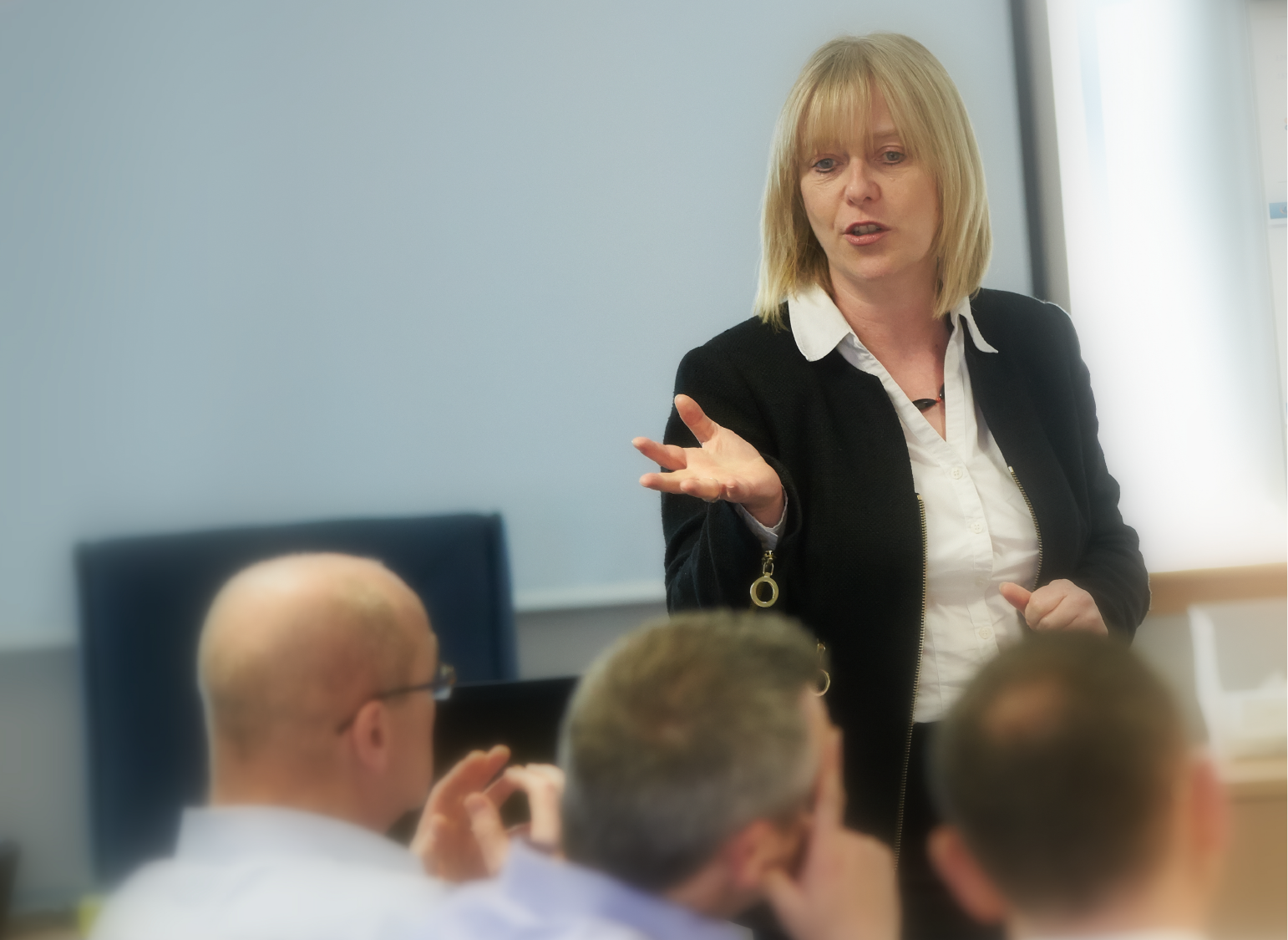 Susannah’s presentation focused on how the world’s most successful businesses can predict the performance of their key processes, and can therefore manage risk across the organisation, or implement new projects with confidence.

Susannah went on to talk about how they are in control across the system, from supply chain management through the core to customer relations, from enabling processes to developing strategy. Any of these processes that are unstable, and hence incapable, generate confusion in every day operations and chaos when being changed. This is the routine experience in most major projects.

Susannah and Douglas shared examples to illustrate their principles for building stable, capable, process management which are based upon decades of experience across the world and are universally applicable to every aspect of the organisation. From a rapid current state assessment to a powerful daily process management discipline, the audience were given the foundations required to enable future project success. 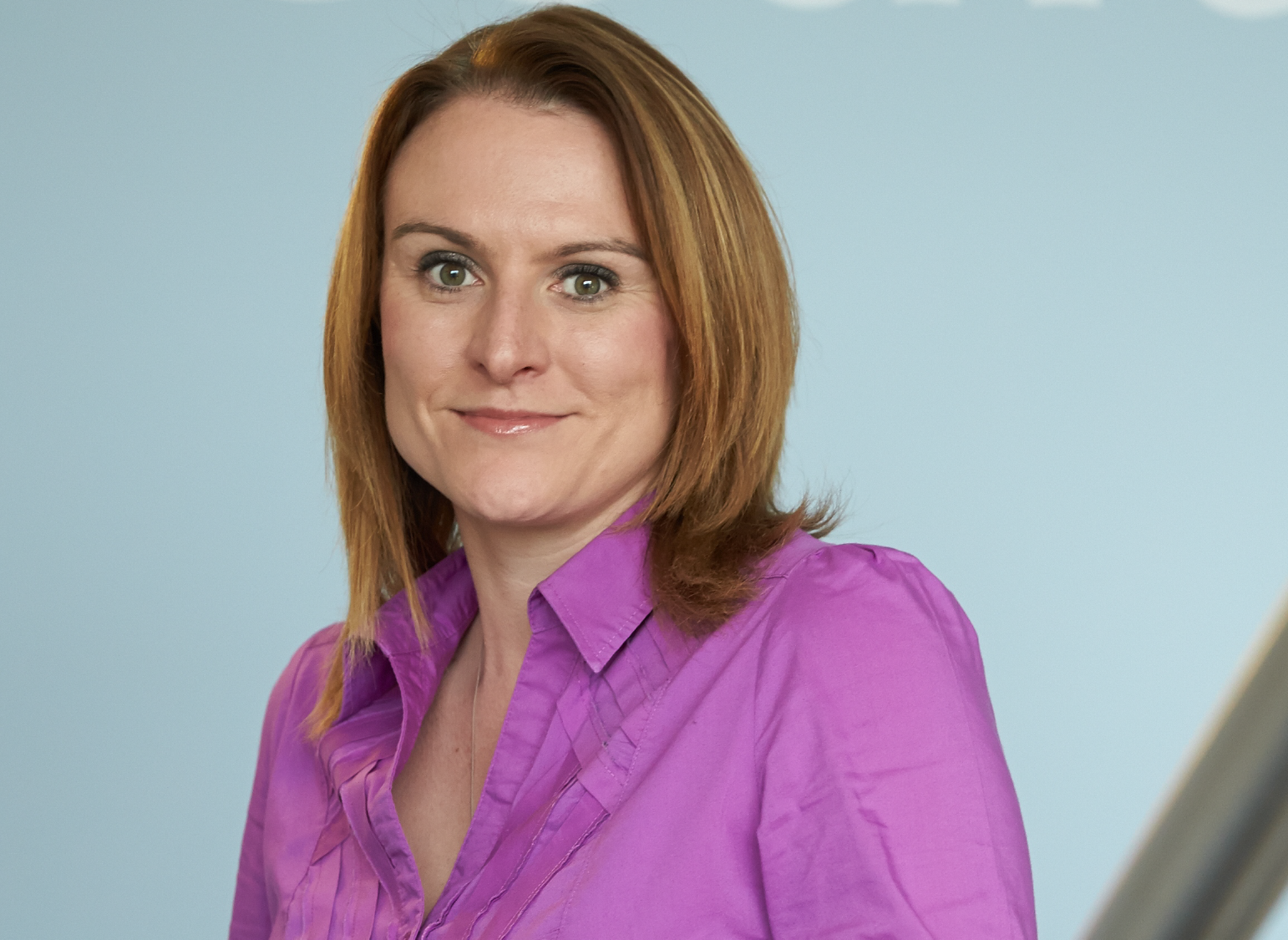 Following a ballot of members in the region, PMI Managing Partner, Rebecca Seddon, has been elected to the CBI’s West Midlands Council. The CBI is the UK’s premiere business lobbying organisation, providing a voice for regional business people and their businesses on a national and international level. Of her appointment Rebecca said:
"I am delighted to continue supporting small and medium size regional businesses through my work with the CBI enterprise forum and now as a member of the Council."

Rebecca will attend and host local and national CBI events in her new capacity as a member of the CBI West Midlands Council.

The CBI speaks for more than 240,000 companies of every size, including many in the FTSE 100 and FTSE 350, mid-caps, SMEs, micro businesses, private and family owned businesses, start ups, and trade associations. 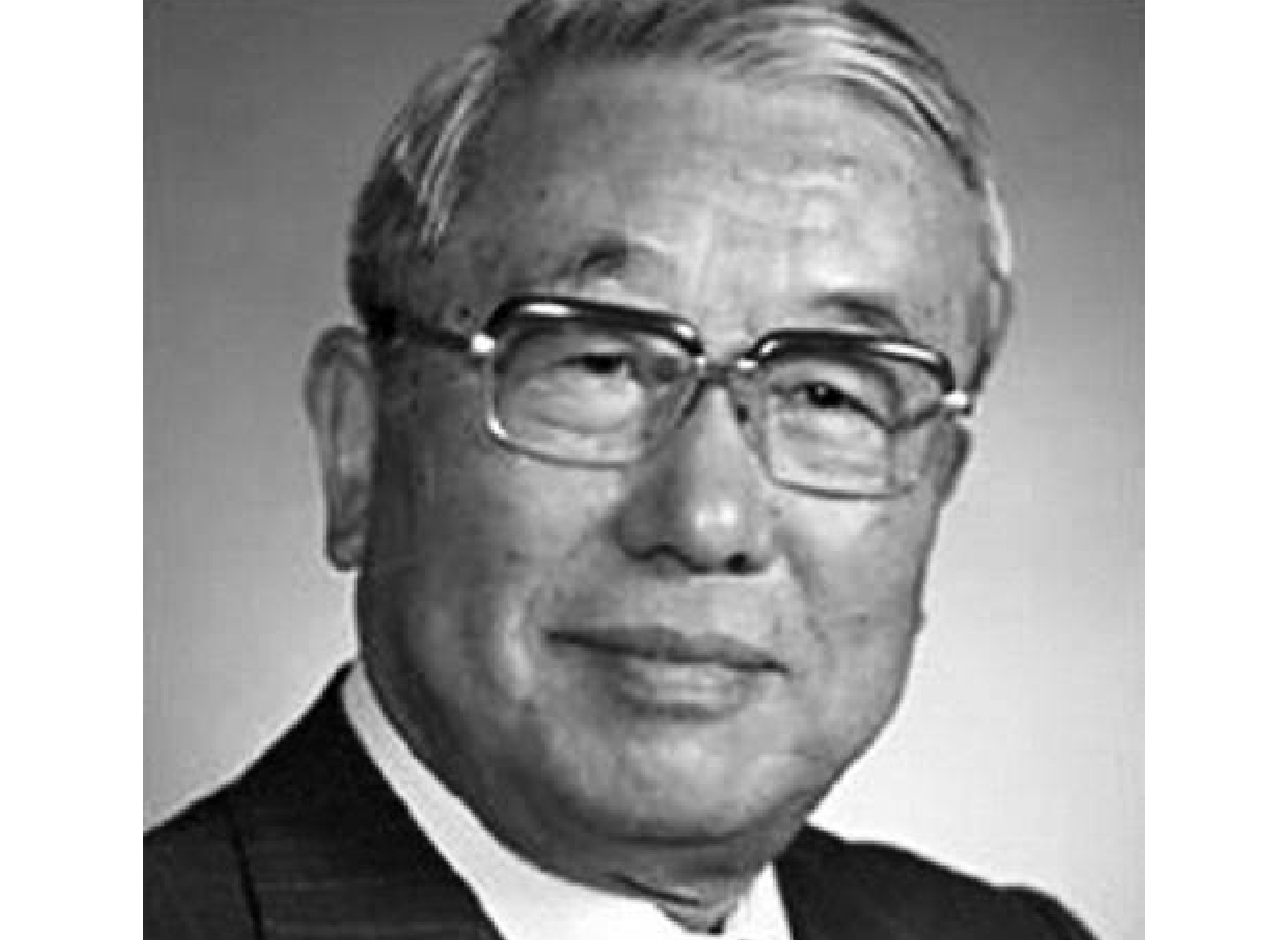 The leader of one of the most extraordinary organisational transformations in history, Eiji Toyoda, passed away this month aged 100. He led his firm from the penury of the 1940s to being perhaps the most effective business corporation ever. At times throughout its history, Toyota was worth more than the total of the big three US Auto corporations. Today, under the chairmanship of Eiji’s grandson, Akio Toyoda, the company is reaffirming its focus back on quality and building on its foundations to rise once more in the world industrial rankings.

For us in PMI, Toyota has always had a special place. They were amongst the earliest of the Japanese auto companies to take the lessons taught by Dr Deming into the heart of their business. Through the 1950s and 60s, as Taichii Ohno was developing the practical flow basis of the Toyota Production System (TPS), Deming’s teachings about variation and learning—SPC (Statistical Process Control) and PDCA (Plan Do Check, now Study, Act)—were providing the theoretical rigour that enabled their work to work smoothly. In addition, Toyota has soul, it thinks about its people and their place in the community and that also plays a part in TPS, something Lean doesn’t do.

The TPS has always been a multi-faceted creation, but the visible production flow has often been the only thing that visitors have remembered. They called it Lean and tried to replicate it in the West with varying success. What they missed was that tens of thousands of supervisors across the whole supply chain were able to use SPC to tell the difference between an abnormality and a problem, and hence develop and maintain capable processes that always delivered the quality that enables the flow to flow.

The Toyoda family appreciated the need for both theoretical training, so that all their engineers learned SPC as part of their education, and hands-on practicality, so those same engineers were always coached on-the-job, in making constructive changes within a discipline of standardisation.

Over the years many lessons have been learned from the TPS but two themes are particularly helpful for us today. The first is the value of the scientific method in management (PDSA) and the second is the idea of building competitive advantage by focussing improvement methods on the customer experience, as opposed to shareholders, administrators or professionals. 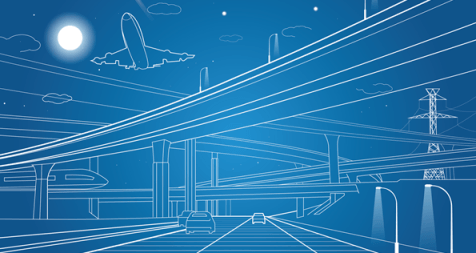 PMI has been certified as an approved NMCL Provider for training and consultancy for UK based suppliers in the Automotive and Aerospace sectors as part of a Government match funded multi-million-pound scheme.

“The NMCL framework focuses on improving the competitiveness of businesses so they can deliver positive customer impact and growth. These are qualities that resonate with PMI’s approach so it’s a great fit for us”, said Managing Partner, Rebecca Seddon.

The NMCL is supported by SC21 (Supply Chains for the 21st Century) – an improvement programme designed to accelerate the competitiveness of the Aerospace industry by raising the performance of its supply chain.

£26million worth of Government matched funding has been earmarked for Automotive and Aerospace suppliers to access training and support from expert performance improvement consultancies, such as PMI. The focus of the programme is to help suppliers increase their productivity and strive for quality excellence.

“We have a long history and extensive client base in both the Automotive and Aerospace industries and we’re delighted to be able to bring our latest thinking and practice even further into the supply chain.”